Book all your activities 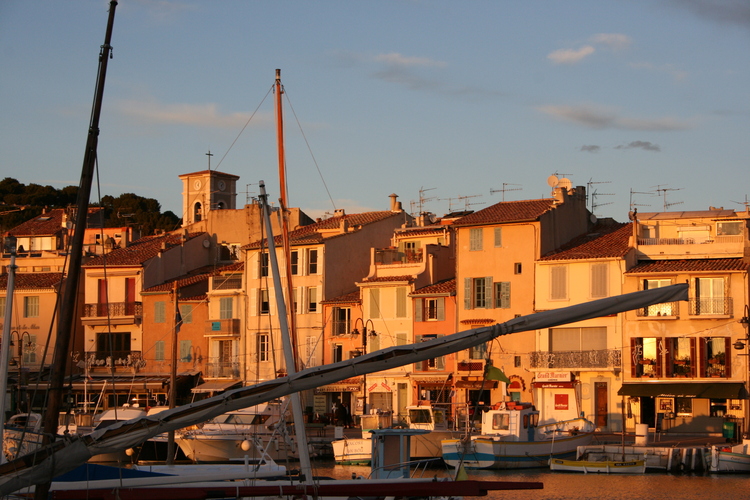 The first traces of the site’s occupation go back to 500 or 600 BC. On the heights of Baou Redon (near La Couronne de Charlemagne (Charlemagne’s Crown)) the remains of dry-stone walls have been found. They were built by the Ligurians, a tribe who lived from fishing, hunting and farming.
Links with Massalia (Marseille), a town founded by the Phocaeans, lead us to assume there may also have been a Greek presence in Cassis.
In Roman times, Cassis was on the Emperor Antoninus’s sea route.

The harbour then extended as far as Place Baragnon. The Arène and Corton coves sheltered industrial pottery and tile manufacturing sites. From the 5th to the 10th centuries, the barbarian invasions led the population to take refuge in the oppidum. Life got organised in the fortified town which, in 1223, became a possession of the Domain of Baux-de-Provence. In the 15th century, after the Baux family had died out, Cassis was attached to the Earldom of Provence, then King René handed the town over to the Bishop of Marseille. Cassis was governed by the bishops until 1789. 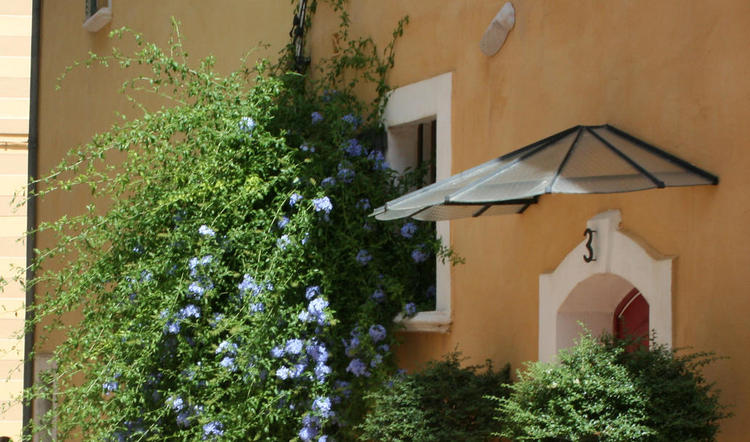 Just two steps away from the harbour, in the heart of the town, the museum is housed in a former presbytery dating back to the beginning of the 17th century.

The building may be austere, but the interior – all charm and balance – is sure to seduce you as soon as you enter. There is a succession of permanent and temporary exhibitions, and Christmas is regularly celebrated there in a very special way.

Its collections of paintings (the oldest one dates from 1601), its Roman remains and amphorae propose a diversity that’s sure to charm the visitors.

Located in Rue Thérèse Rastit, in the heart of the historical fishermen’s quarter,
it dates from the second half of the 17th century. With its remarkable dimensions and excellent state of preservation, it bears witness to the activities of bygone days.

The excavations undertaken in February and March 2001 by archaeologists from Var led to the discovery of a large number of ceramic artefacts, confirming the existence of an active port in this area between the first and sixth centuries AD. 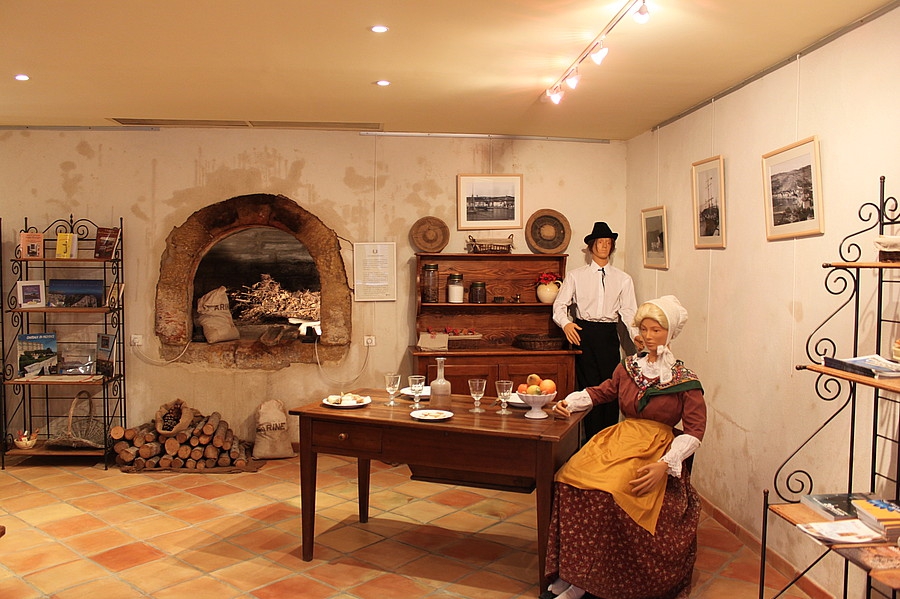 VISIT OF THE COMMUNAL OVEN 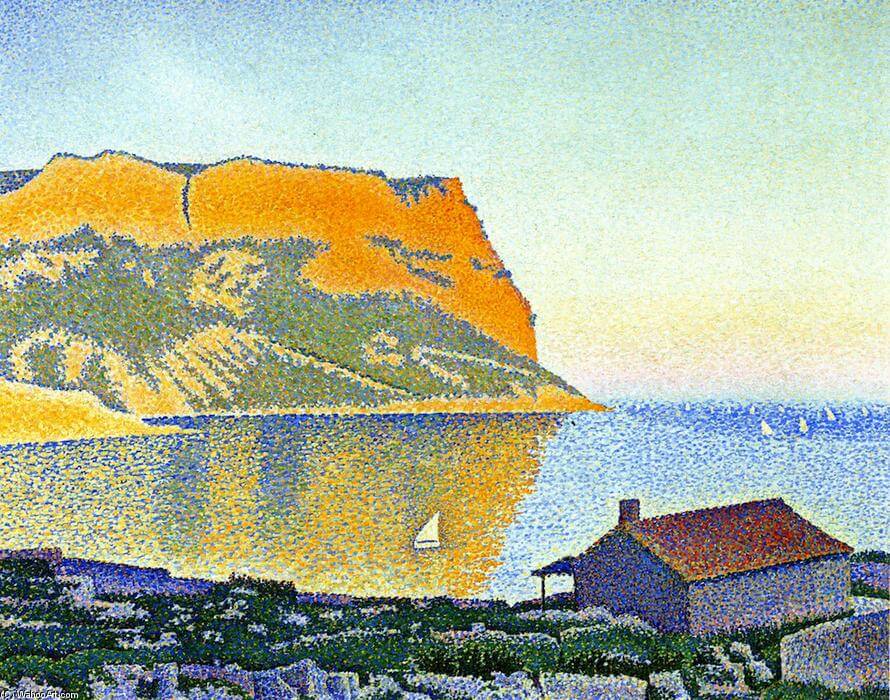 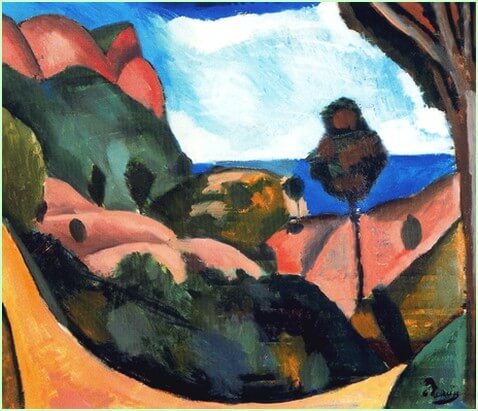 The charm of Cassis and its light have attracted a large number of artists...
Works depicting the port, village, Calanques and surrounding landscapes are on show in some of the greatest museums.

You can admire artists from the Provençal School in the Museum 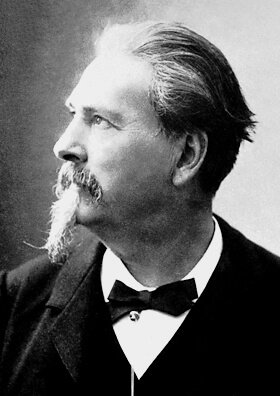 Who was at the origin of the famous saying “Anyone who has seen Paris, but hasn’t seen Cassis, hasn’t seen anything?” This is the saying that Frédéric Mistral adopted and transformed in his poem Calendal, after hearing some Parisians visiting Cassis in front of a reproduction of a fountain from the capital on Cassis’s Place Royale. These two fountains were destroyed during the French Revolution.
A famous and celebrated myth: Calendal, Frédéric Mistral’s hero. It was Ludovic Legré who, in 1861, showed Cassis to Mistral for the first time. Out on a walk, they took the shepherds’ path that goes up to Mont Gibal. Its summit surrounded by ruiniform rocks looks rather like a natural fortress. Mistral discovered a sublime panorama stretching from Toulon to the Massif des Calanques, from La Gardiole to Sainte-Baume, which inspired him to write his poem Calendal (Calendau). This heroic geste relates the exploits of a modest anchovy fisherman in his efforts to conquer the heart of his noble lady, the beautiful Estérelle, half princess, half fairy. Calendal is a hymn of love for Provence, its landscapes and its people. THE STATUE OF CALENDAL sculpted in Cassis stone can be seen on the Promenade Aristide Briand.

There isn’t really a Virginia Woolf route, nothing signposted anyway. You can simply imagine the paths she took and the places she appreciated, thanks to her letters. Virginia Woolf described Cassis as being a “little paradise".  She stayed here in 1925, 1927, 1928 and 1929. "In all she only spent a few weeks here, but they were so intense and luminous they had the taste of eternity".

There is a book "Virginia Woolf à Cassis", with bilingual texts in French and English and photos, that proposes "A reverie around Cassis ": views of the lighthouse, Cap Canaille, the paths she may have taken through the vineyards edged with low dry-stone walls, the houses she lived in.

She stayed in the village several times with her sister Vanessa and the Bloomsbury Group, particularly at the "Villa Les Mimosas", Avenue du Revestel and at the Domaine de Fontcreuse. Unfortunately, none of these private residences are currently open for visits, except for the vineyards of the Château de Fontcreuse (but not the houses).

"In the steps of Virginia Woolf " allows you to immerse yourself in a state of mind, and look for the village as she perhaps knew it … 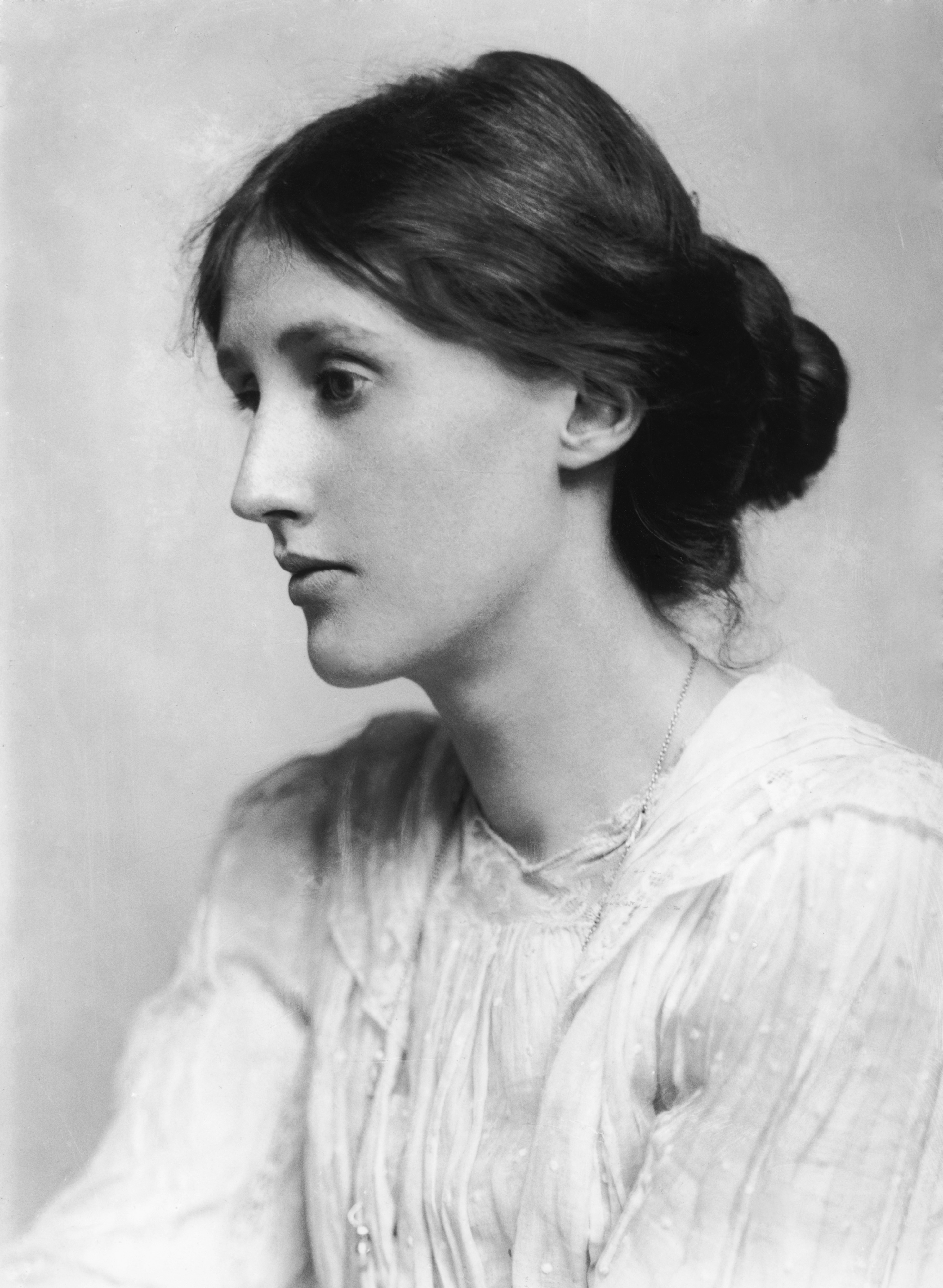 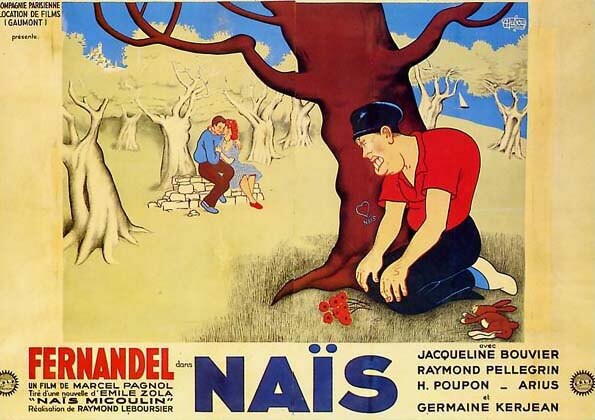 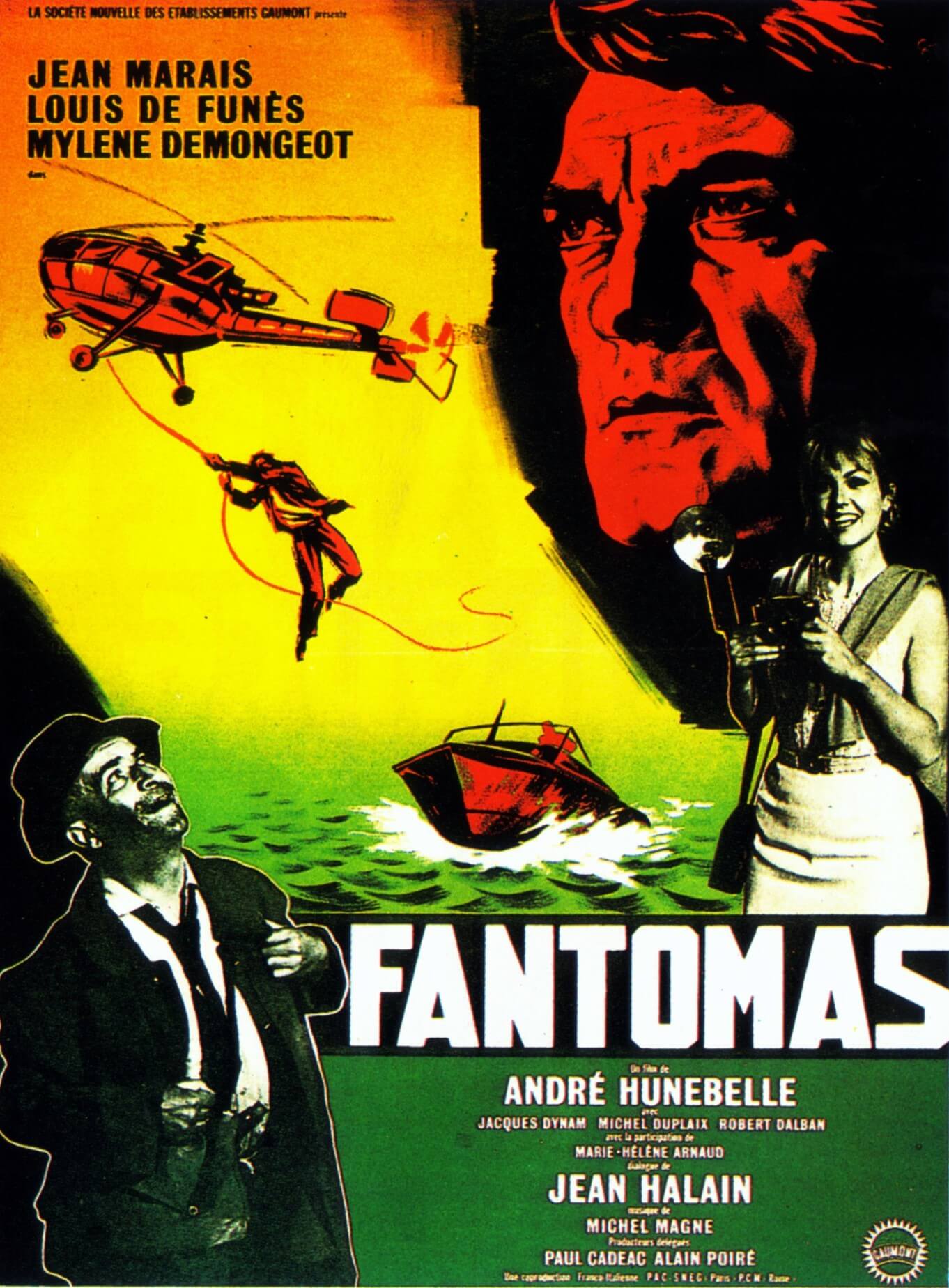 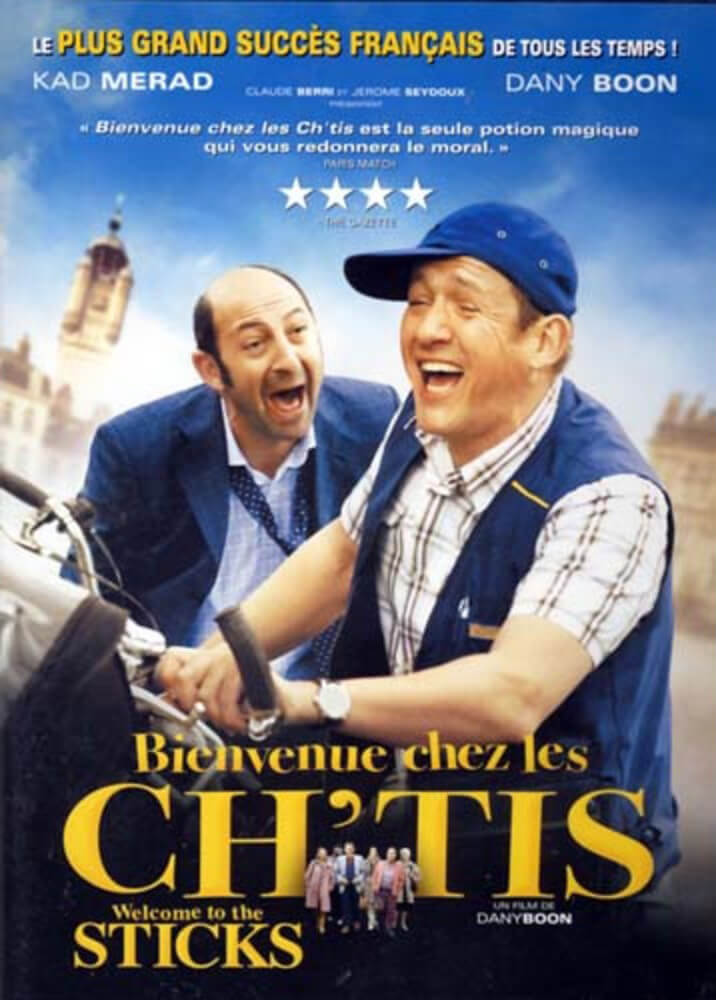 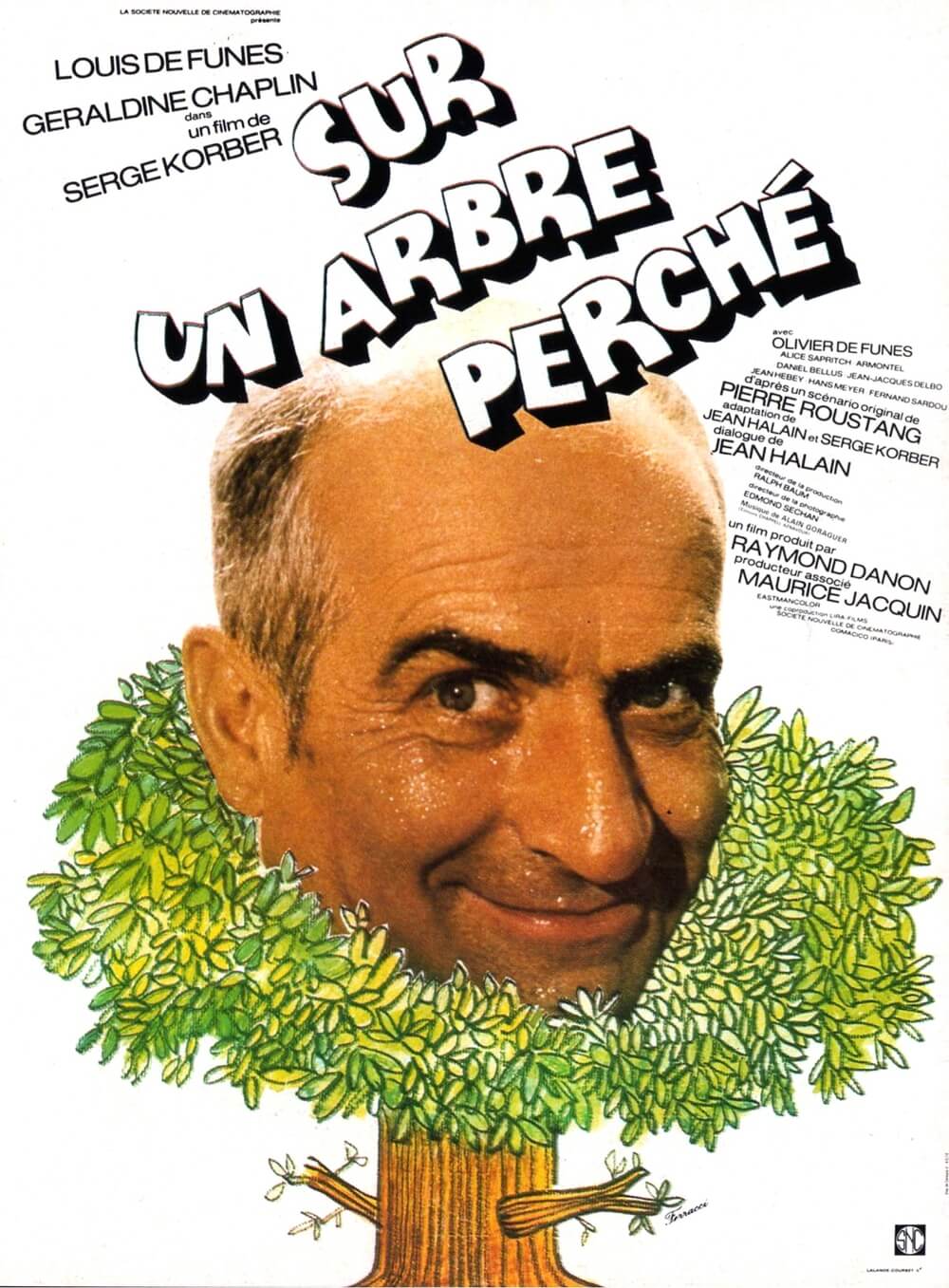 The cinema has always played an important part in our dreams, you just have to look at the cinema attendance figures to understand that films are a way for getting away from it all for many of us. According to the CNC (French National Cinema Centre) in 2014, 5,653 cinemas declared 7.58 million showings, 208.97 million tickets sold and takings totalling €1,332.73 million, that is to say up by 6 % with respect to 2013. Discovering landscapes, a town through a story that moves us, makes us laugh, makes us cry, marks our minds. It arouses our curiosity, encourages us to discover these places that have struck our imagination.
In 2014, for the second time in more than twenty years, French films have passed the threshold of 100 million admissions internationally (114.5 million tickets sold).
Many of them were shot in our beautiful region of Provence Alpes Côte d’Azur.
300,000 visitors declare that they came to our region after having seen a film shot here (Source : CRT PACA).
Since the cinema was created in La Ciotat, the département of Bouches du Rhône has been one of the départements that has been the most filmed by film-makers, lovers of Provence.

Cassis, this little fishing village nestling between the Calanques and Cap Canaille, has seduced and continues to seduce film directors, actors and scriptwriters of every nationality.
The variety of the scenery, its natural and architectural heritage, its international reputation attract several shoots every year.
Many are the films that have been shot in Cassis between 1920 and 2015 - fifty in fact, some of them in their entirety, and others just for several scenes.
Film-makers are drawn by the light and decor of our peaceful little fishing harbour.
From the legendary ‘Naïs’ to ‘Fantômas’ not to mention ‘Bienvenue Chez les Chti’ or ‘Sur un arbre perché’, southern joviality mixes in with comical dialogues, pastis, cicadas, petanque, fishing and the sunshine. The accent, the typical gestures of Provençal exoticism, the alleyways, the turquoise sea, the hills, everything comes together to make films that are totally unique.

Located off the coast of Cassis – and discovered in 1991 by Henri Cosquer, a former professional diver from Cassis – the Grotte Cosquer is a submarine marvel, decorated with rock paintings dating back to between 27,000 and 19,000 BC, it boasts engravings and paintings of hands and horses…

For safety reasons the cave is not open to the public. 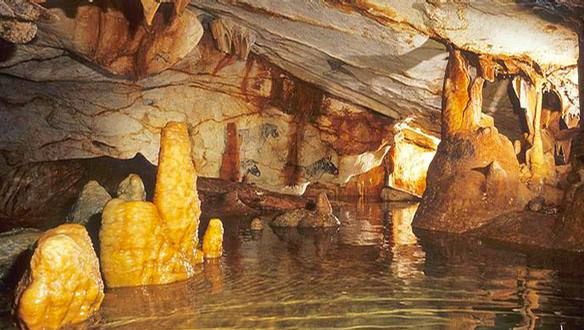 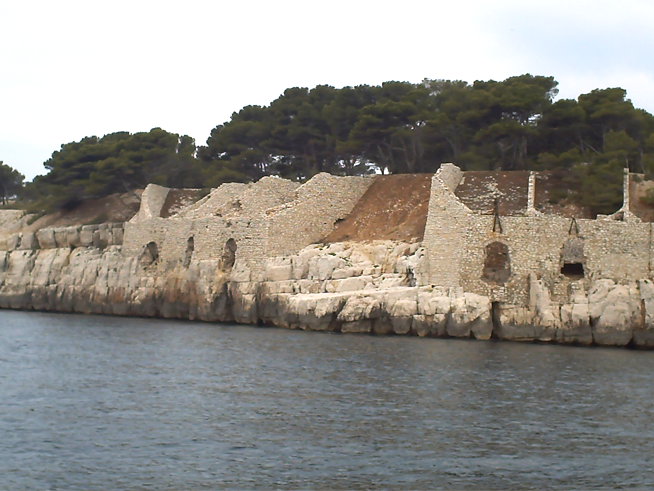 The Calanques have given an abundance of the magnificent “Cassis stone”, which lies behind this little fishing harbour’s reputation around the world, for building Mediterranean ports (Alexandria, Algiers, Piraeus, Marseille, Port Said...).
Today we use it to make, kitchen sinks, swimming pools, decorative objects, etc.